Tobacco use is associated with an increased risk of hearing loss in older individuals, suggesting cigarette smoke (CS) exposure may target the peripheral auditory organs. However, the effects of CS exposure on general cochlear anatomy have not previously been explored. 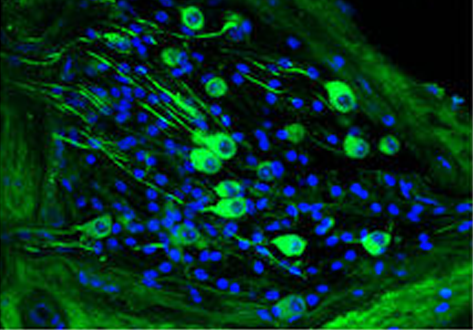 Confocal stacks were imported into the Amira FEI software suite with the XImagePAQ extension. Deconvolution was performed using the iterative maximum likelihood estimation package. The stack was segmented and thresholded, and the Separate Objects function was used to reconstruct the individual SYP volumes. These were exported using the Connected Components function.

Morphology of the bryozoan Cinctipora elegans (Cyclostomata, Cinctiporidae) with first data on its sexual reproduction and the cyclostome neuro-muscular system