Carbon capture and storage (CCS) offers a possible solution to curb the CO2 emissions from stationary sources in the coming decades, considering the delays in shifting energy generation to carbon neutral sources such as wind, solar and biomass. 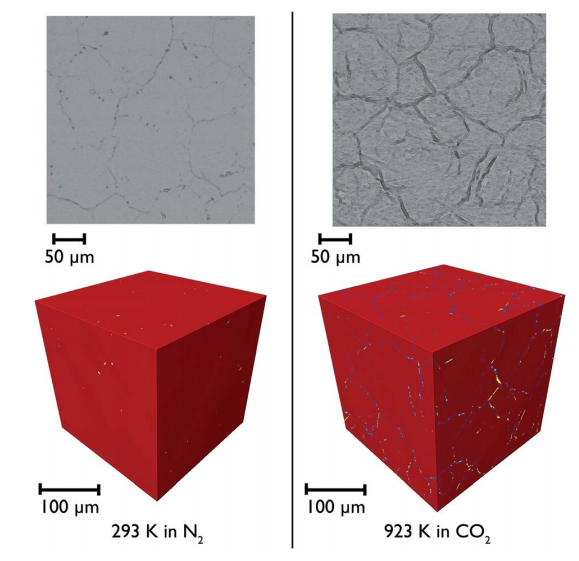 The most mature technology for post-combustion capture uses a liquid sorbent, amine scrubbing. However, with the existing technology, a large amount of heat is required for the regeneration of the liquid sorbent, which introduces a substantial energy penalty. The use of alternative sorbents for CO2capture, such as the CaO–CaCO3 system, has been investigated extensively in recent years. However there are significant problems associated with the use of CaO based sorbents, the most challenging one being the deactivation of the sorbent material. When sorbents such as natural limestone are used, the capture capacity of the solid sorbent can fall by as much as 90 mol% after the first 20 carbonation–regeneration cycles. In this study a variety of techniques were employed to understand better the cause of this deterioration from both a structural and morphological standpoint. X-ray and neutron PDF studies were employed to understand better the local surface and interfacial structures formed upon reaction, finding that after carbonation the surface roughness is decreased for CaO. In situ synchrotron X-ray diffraction studies showed that carbonation with added steam leads to a faster and more complete conversion of CaO than under conditions without steam, as evidenced by the phases seen at different depths within the sample. Finally, in situ X-ray tomography experiments were employed to track the morphological changes in the sorbents during carbonation, observing directly the reduction in porosity and increase in tortuosity of the pore network over multiple calcination reactions.

The experimental tomographs were reconstructed using the gridrec algorithm. Three dimensional datasets were constructed using Avizo Software, and subsequentvisualisation and phase segmentation were carried out using the same software. The phases were segmented based on grayscale ranges, as the most dense phase is expected to attenuate the X-rays to the greatest extent and therefore will have the highest grayscale values. By visual inspection, the phases were binned according the following ranges: 0–10 000 (pores), 10 000–17 000 (CaCO3) and 17 000–65 000 (CaO), with these ranges used for the entire analysis.