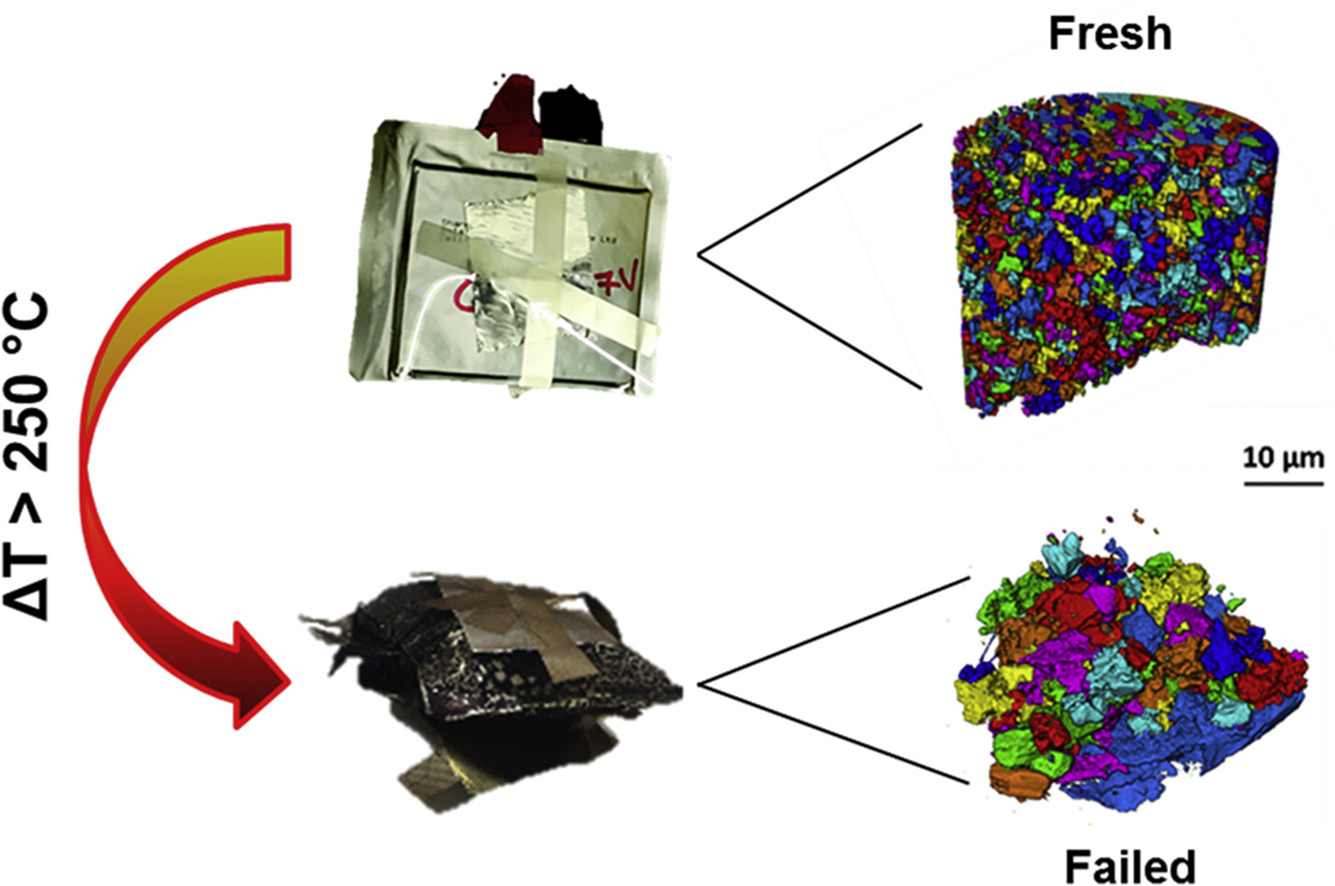 In recent years, the ability to examine the processes that cause the catastrophic failure of batteries as a result of thermal runaway has improved substantially. In this work, the effect of thermal runaway on the microstructure of the electrodes of a Na-ion battery is examined using X-ray computed tomography for the first time. The thermal failure induced via accelerating rate calorimetry enabled the examination of failed electrodes, which were subsequently compared with fresh samples. Pre- and post-mortem microstructural analysis shows changes in both electrodes as a result of the thermal runaway process at the micrometre length-scale. It is seen that the cathode shows the largest changes in structure, with the anode remaining morphologically similar post-failure at the sub-micron length-scale. The formation of a highly X-ray attenuating layer, which is proposed to be a metallic product of the thermal runaway reaction, is observed, indicating that the thermal runaway mechanisms which occur in Na-ion batteries may be similar to those reported for Li-ion systems.

Visualisation was achieved in Avizo software. Segmentation of the data was performed using a greyscale threshold technique which identified distinct phases in the sample based upon variations in the histogram collected during the tomographic scans.