Evidence for macroscopic life in the Paleoproterozoic Era comes from 1.8 billion-year-old (Ga) compression fossils [Han TM, Runnegar B (1992) Science 257:232–235; Knoll et al. (2006) Philos Trans R Soc Lond B 361:1023–1038],  Stirling biota [Bengtson S et al. (2007) Paleobiology 33:351–381], and large colonial organisms exhibiting signs of coordinated growth from the 2.1-Ga Francevillian series, Gabon. Here we report on pyritized string-shaped structures from the Francevillian Basin. Combined microscopic, microtomographic, geochemical, and sedimentologic analyses provide evidence for biogenicity, and syngenicity and suggest that the structures underwent fossilization during early diagenesis close to the sediment–water interface. The string-shaped structures are up to 6 mm across and extend up to 170 mm through the strata. Morphological and 3D tomographic reconstructions suggest that the producer may have been a multicellular or syncytial organism able to migrate laterally and vertically to reach food resources. A possible modern analog is the aggregation of amoeboid cells into a migratory slug phase in cellular slime molds at times of starvation. This unique ecologic window established in an oxygenated, shallow-marine environment represents an exceptional record of the biosphere following the crucial changes that occurred in the atmosphere and ocean in the aftermath of the great oxidation event (GOE). 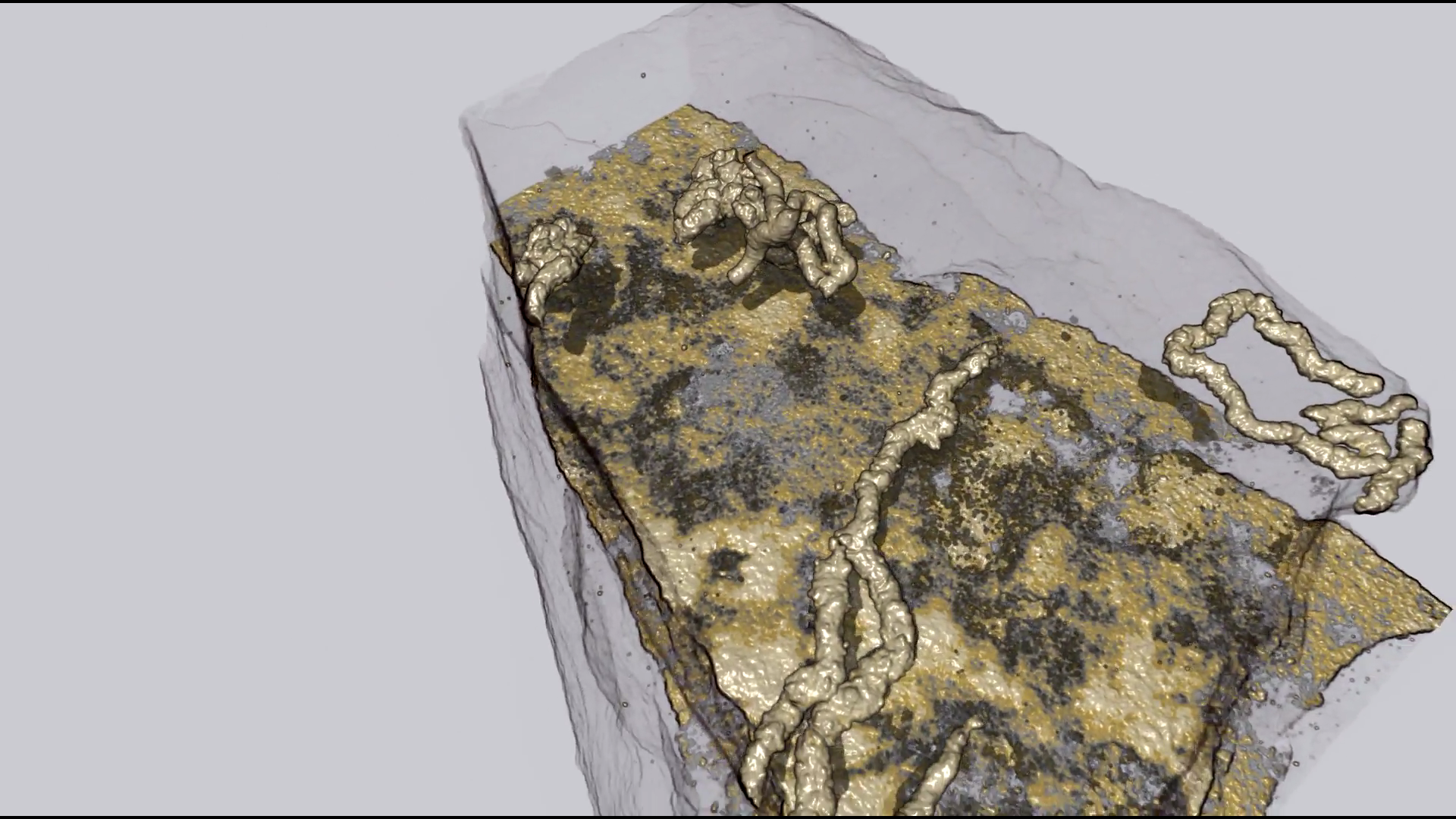 The 2.1 billion-year-old sedimentary strata contain exquisitely preserved fossils that provide an ecologic snapshot of the biota inhabiting an oxygenated shallow-marine environment. Most striking are the pyritized string-shaped structures, which suggest that the producer have been a multicellular or syncytial organism able to migrate laterally and vertically to reach for food resources. A modern analogue is the aggregation of amoeboid cells into a migratory slug phase in modern cellular slime molds during time of food starvation. While it remains uncertain whether the amoeboidlike organisms represent a failed experiment or a prelude to subsequent evolutionary innovations, they add to the growing record of comparatively complex life forms that existed more than a billion years before animals emerged in the late Neoproterozoic. Watch 3D animation