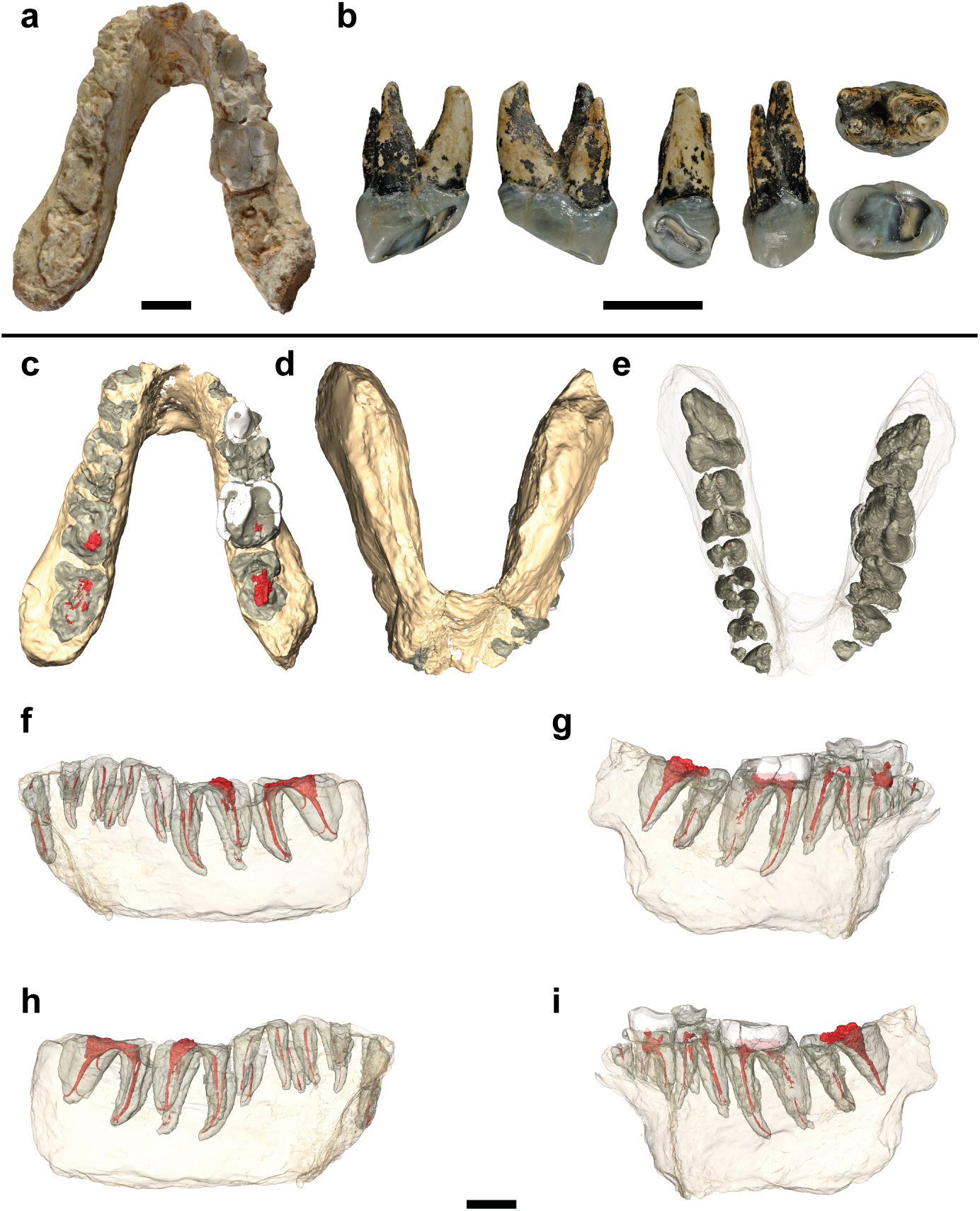 The split of our own clade from the Panini is undocumented in the fossil record. To fill this gap we investigated the dentognathic morphology of Graecopithecus freybergi from Pyrgos Vassilissis (Greece) and cf. Graecopithecus sp. from Azmaka (Bulgaria), using new μCT and 3D reconstructions of the two known specimens. Pyrgos Vassilissis and Azmaka are currently dated to the early Messinian at 7.175 Ma and 7.24 Ma. Mainly based on its external preservation and the previously vague dating, Graecopithecus is often referred to as nomen dubium. The examination of its previously unknown dental root and pulp canal morphology confirms the taxonomic distinction from the significantly older northern Greek hominine Ouranopithecus. Furthermore, it shows features that point to a possible phylogenetic affinity with hominins. G. freybergi uniquely shares p4 partial root fusion and a possible canine root reduction with this tribe and therefore, provides intriguing evidence of what could be the oldest known hominin.

Pushing the limits of neutron tomography in palaeontology: Three-dimensional modelling of in situ resin within fossil plants