Amira capacities for membranes and filaments segmentation in cryo-TEM images are featured on the front cover of Biochemical Journal, July 2020. 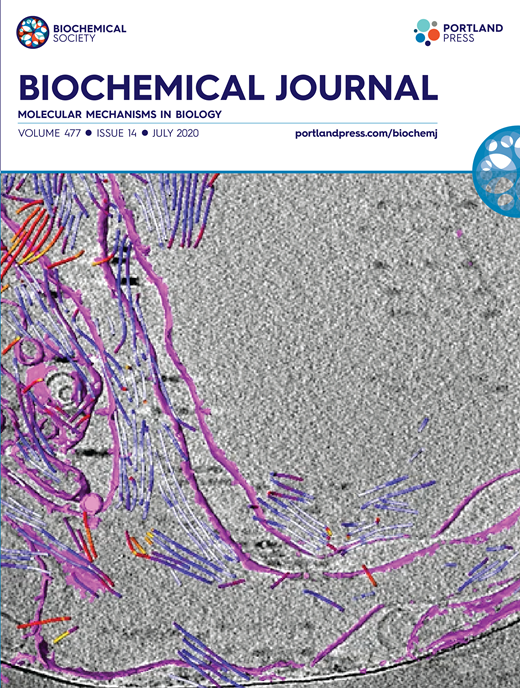 Budding yeast septins are essential for cell division and polarity. (…) [The authors] have dissected, here, for the first time, the behavior of the Shs1 protomer bound to membranes at nanometer resolution, in complex with the other septins. Using electron microscopy, [the authors] have shown that on membranes, Shs1 protomers self-assemble into rings, bundles, filaments or two-dimensional gauzes.

Septin proteins display highly dynamic structures since they undergo major remodeling events in situ, for instance throughout cell division. This plasticity is certainly regulated, in vivo, by multiple factors. It is thus necessary to dissect their specific role to understand how septins are regulated. Following this strategy, [the authors] (…) have demonstrated that a combination of factors (nucleotides, lipids, ionic strength) are responsible for the plasticity of those septin protomers.

The molecular basis for sarcomere organization in vertebrate skeletal muscle