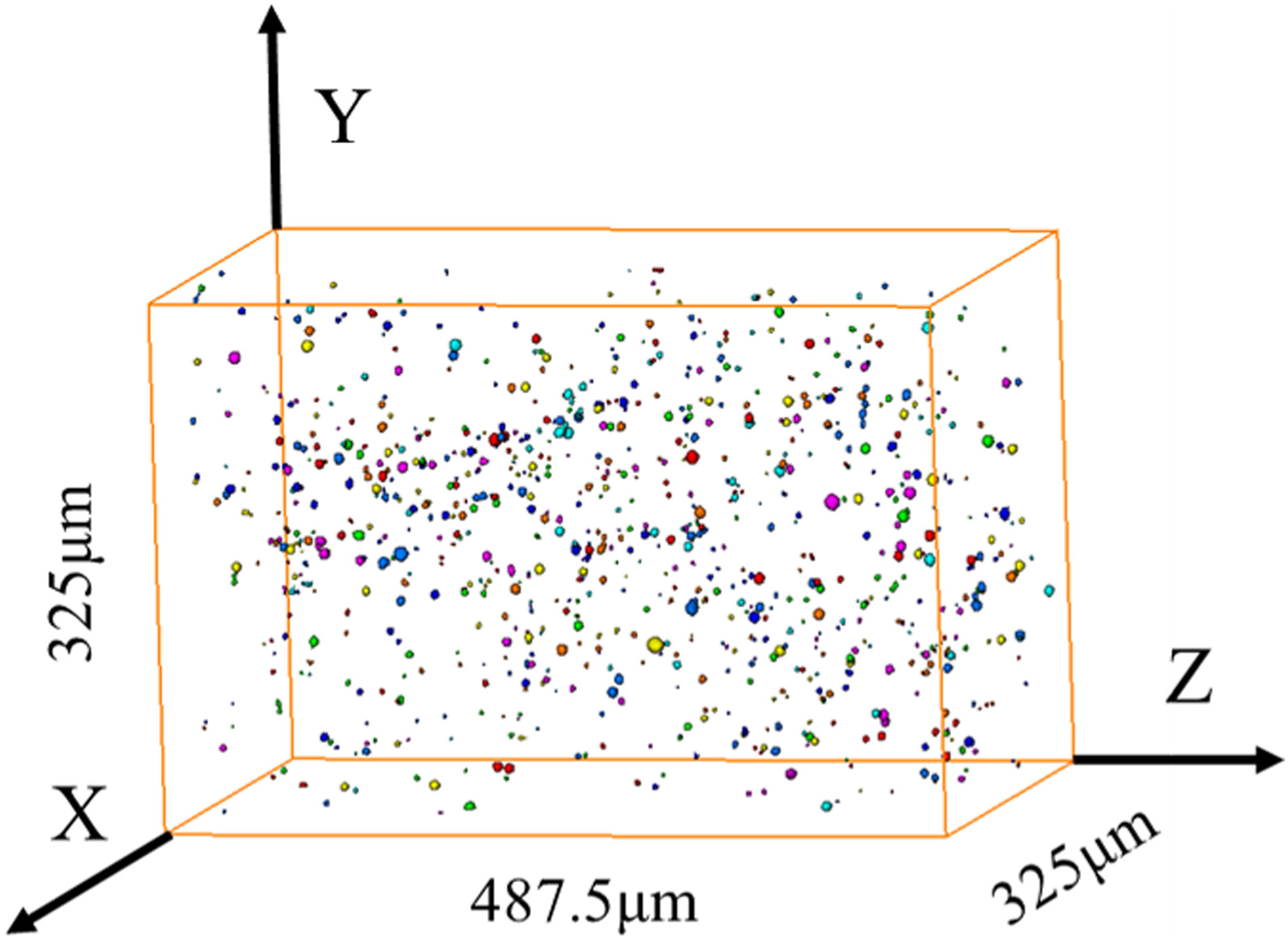 The 3D particles were reconstructed by the commercial software Avizo based on the optimized cross-sectional image slices. A series of parameters were defined to quantitatively express the 3D size and morphology of the inclusions, whose distributions are discussed and analyzed statistically. The method provides a powerful and useful way to observe and analyze inclusion particles in the steel products.