Understanding the uptake of a drug by diseased tissue, and the drug’s subsequent spatiotemporal distribution, are central factors in the development of effective targeted therapies. However, the interaction between the pathophysiology of diseased tissue and individual therapeutic agents can be complex, and can vary across tissue types and across subjects. Here, we show that the combination of mathematical modelling, high-resolution optical imaging of intact and optically cleared tumour tissue
from animal models, and in vivo imaging of vascular perfusion predicts the heterogeneous uptake, by large tissue samples, of specific therapeutic agents, as well as their spatiotemporal distribution. In particular, by using murine models of colorectal cancer and glioma, we report and validate predictions of steady-state blood flow and intravascular and interstitial fluid pressure in tumours, of the spatially heterogeneous uptake of chelated gadolinium by tumours, and of the effect of a vascular disrupting agent on tumour vasculature. 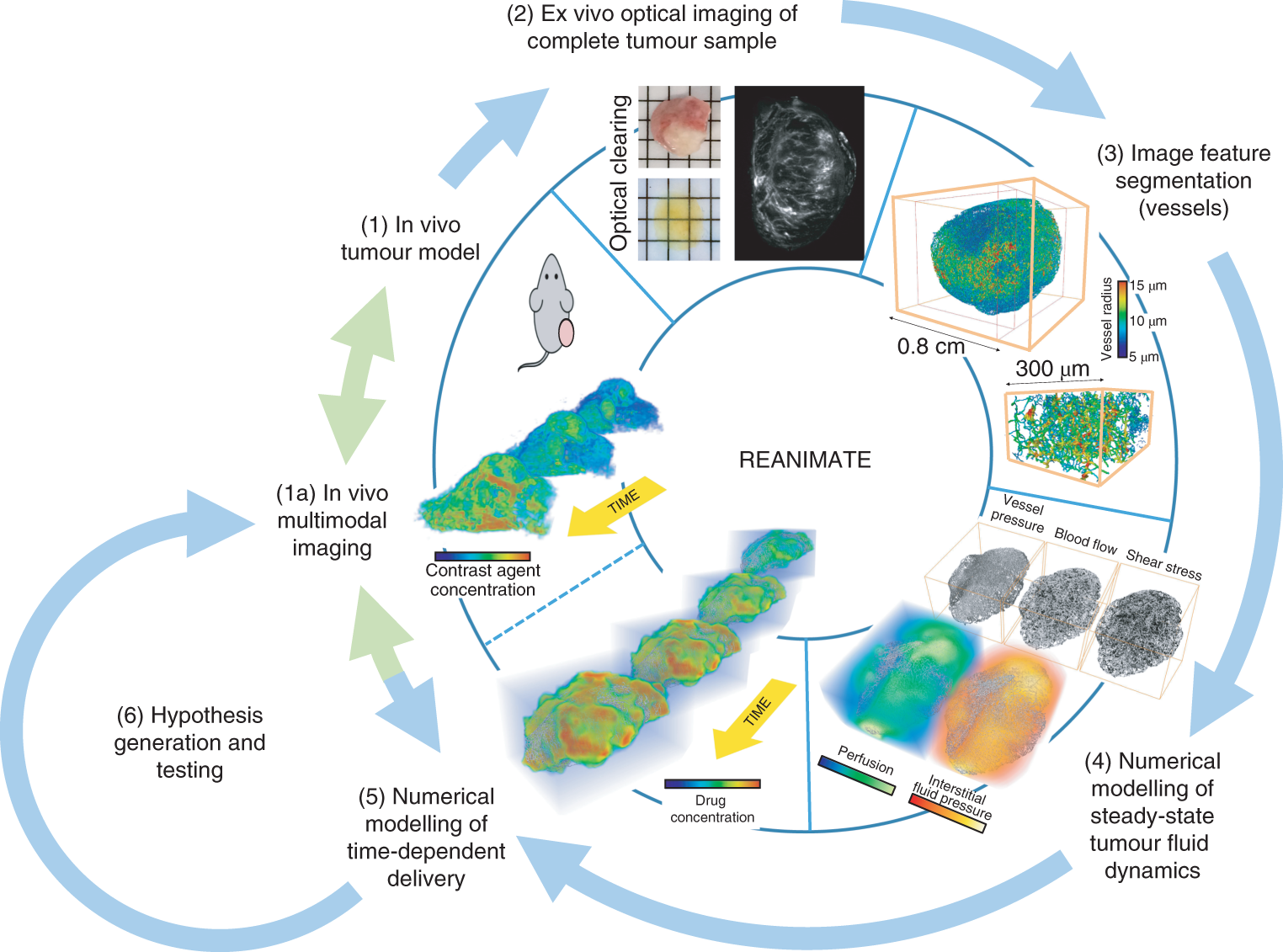 This complex physiological-pharmacological landscape
requires careful analysis in order to be fully understood. The
numerical modelling component of REANIMATE consists of
two steps. First, a solution is sought from a set of coupled fluid dynamics models that describe steady-state vascular and interstitial fluid transport. Second, the steady-state solution (or set of solutions) is used to parameterize a time-dependent model that describes the vascular and interstitial uptake of exogenously administered material. This can be used, for example, to model the heterogeneous pharmacokinetics of drug or imaging contrast agents, or the delivery of individual particles (for example T cells, antibodies), and terms can be introduced to describe drug targeting and metabolism.