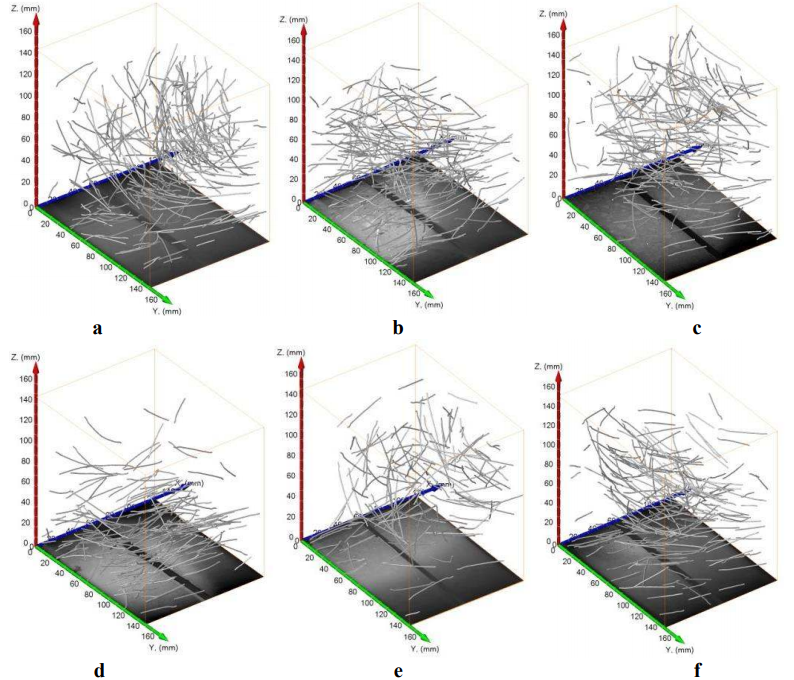 In this paper a study concerning an automatic determination of distribution of steel fibres in self-compacting concrete (SCC) is presented. The determination of fibre distribution is required to assess any relationship between those features and casting methods of concrete elements. Concrete beams with steel fibres of various types and casting methods were examined. Involved methods were computed tomography imaging followed by image analysis. After image analysis a label map consisting of all detected fibres was obtained, from which position and orientation in 3D of each fibre was calculated. The fibre distribution analysis was performed. The angles between the fibres and the beam main axis were examined. Statistical data analysis was performed that showed that the fibres’ angles exhibit exponential distribution. Graphical visualization using 4D spherical histograms for quick assessment of fibres orientation is also presented.

For the fibre extraction from the tomographic data, the Avizo software was used. For the fibre detection, the correlation between the image and the cylinder template was computed, because the fibres used had cylindrical form. Cylinder template parameters were selected according to real fibre parameters used in the samples. Then each fibre was analysed and its mass centre Cartesian coordinates, the length of the fibre, azimuthal and polar angles expressed in spherical coordinate system were determined.