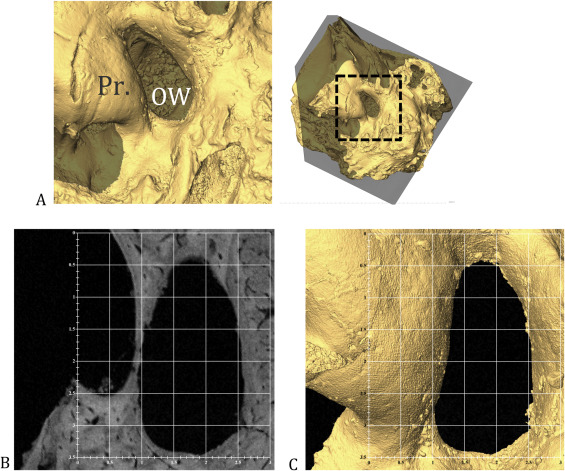 Investigation on cochlear variation, an indirect evidence of auditory capacities among early hominins and extant catarrhine species, in order to assess (i) the phylogenetic signal of relative external cochlear length (RECL) and oval window area (OWA), the evolutionary model with the highest probability of explaining our observed data, some hominin ancestral nodes for RECL and OWA. RECL has a high phylogenetic signal under a Brownian motion model, and is closely correlated with body mass. Our model-based method has the advantage over parsimony-based methods of incorporating branch lengths in a phylo-morphospace, and this shows RECL shifted towards significantly higher values at the Homo erectus–Homo sapiens node. We also observe that the StW 53 and KB 6067 fossil specimens from Sterkfontein and Kromdraai likely represent one or two distinct, smaller-bodied and less derived hominin form(s) compared to Paranthropus specimens represented at Swartkrans.