The clinical use of bioactive molecules in bone regeneration has been known to have side effects, which result from uncontrolled and supraphysiological doses.

In this study, we demonstrated the synergistic effect of two bioactive molecules, bone morphogenic protein-2 (BMP-2) and alendronate (ALN), by releasing them in a sequential manner. Collagen-hydroxyapatite composite scaffolds functionalized using BMP-2 are loaded with biodegradable microspheres where ALN is encapsulated.
Th... Read more 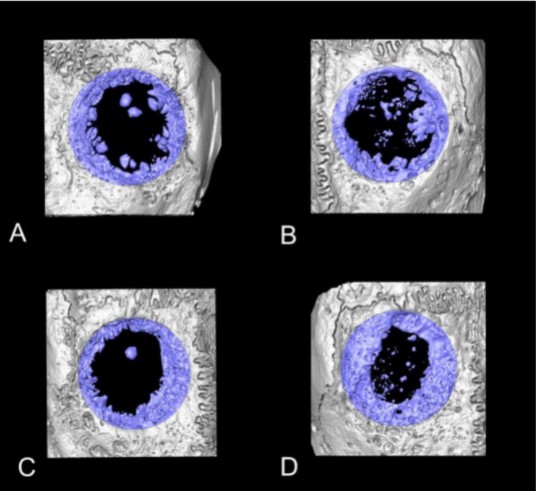 Collagen-Based Matrices for Osteoconduction: A Preclinical In Vivo Study

The aim of this study was to evaluate the influence of additional hydroxyapatite (HA) in collagen-based matrices (CM) and membrane placement on bone formation in calvarial defects.

Critical size defects in the calvaria of 16 New Zealand White Rabbits were randomly treated with CM or mineralized collagen-based matrices (mCM). Half of the sites were covered with a collagen membrane. Animals were euthanized after 12 weeks of healing. The samples were studied by micro-CT and histology. New... Read more

A detailed understanding of scaphoid anatomy helps anatomic fracture reduction and optimal screw position. Therefore, we analyzed the size and shape variations of the cartilage and osseous surface, the distribution of volumetric bone mineral density (vBMD), and if the vBMD values differ between a peripheral and a central screw pathway? 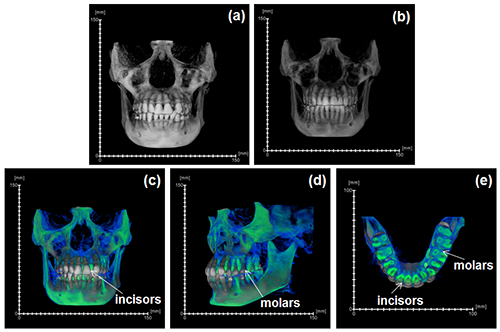 During the acts of biting and chewing, the muscles of the jaw (consisting of the masseter, temporalis, and medial pterygoid in the elevator group, and lateral pterygoid as the main depressor) generate forces that dictate jaw kinematics . The movement of jaws hinges about the temporomandibular joint and are brought together by the muscles attached to respective bones through bone-tendon interfaces known as entheses . Thus, chewing forces affect aspects of craniofacial structure as well as bo... Read more 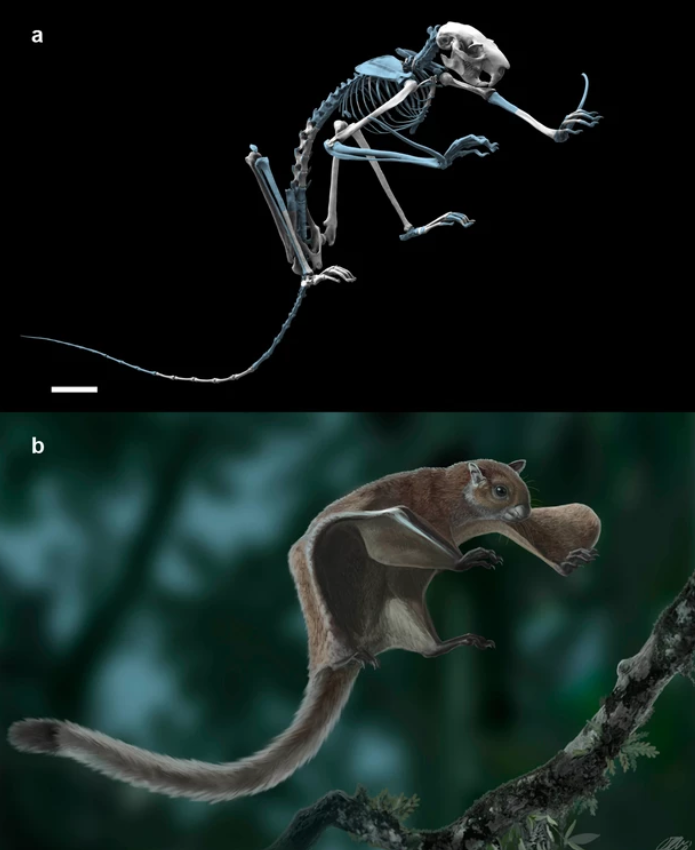 Here we report the oldest fossil skeleton of a flying squirrel (11.6 Ma) that displays the gliding-related diagnostic features shared by extant forms and allows for a recalibration of the divergence time between tree and flying squirrels. Our phylogenetic analyses combining morphological and molecular data generally support older dates than previous molecular estimates (~23 Ma), being congruent with the inclusion of some of the earliest fossils (~36 Ma) into this clade. They also show that fl... Read more 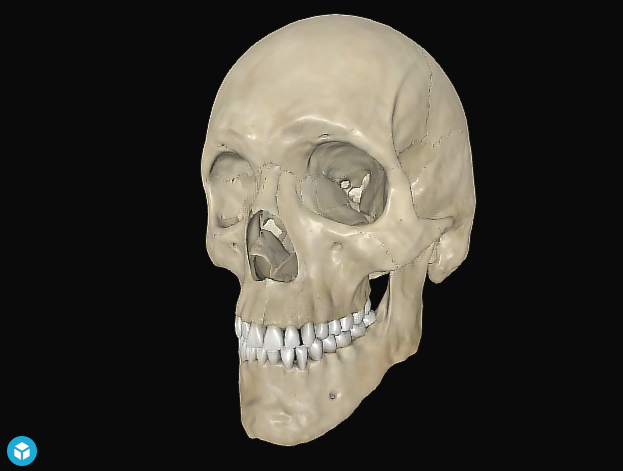 Operative Anatomy of the Human Skull: A Virtual Reality Expedition 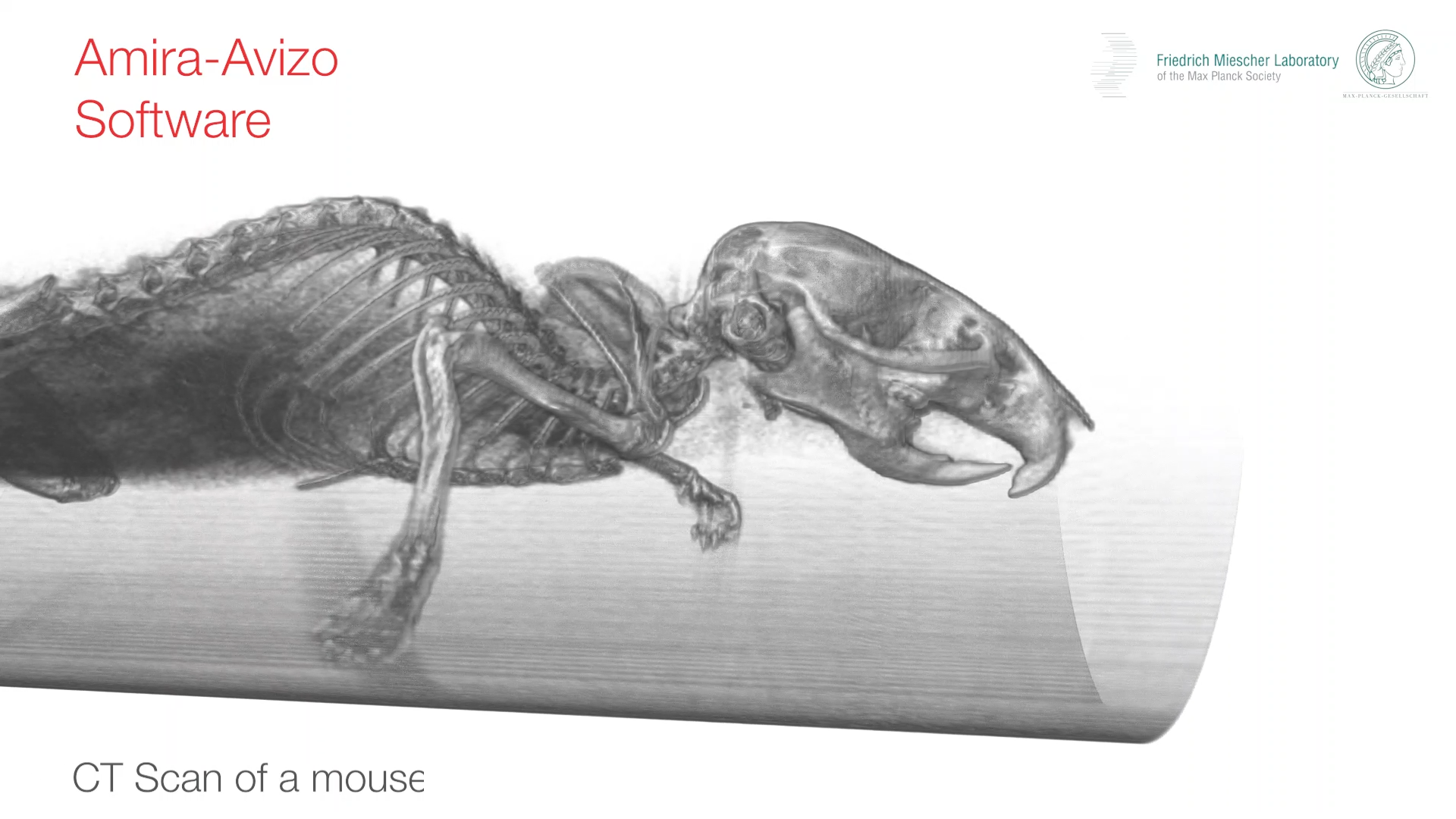 The Faroe Islands are a group of islands in the North Atlantic that are known for its natural beauty, Viking culture and a special population of house mouse. The Faroese house mouse from the most remote island of the Faroese, Mykines (population: 10 people), looked so distinct when it was discovered that it was declared a subspecies, Mus musculus faeroenesis. These mice are large-bodied and showed an extreme form of left-right asymmetry in its skull. Our research group has... Read more 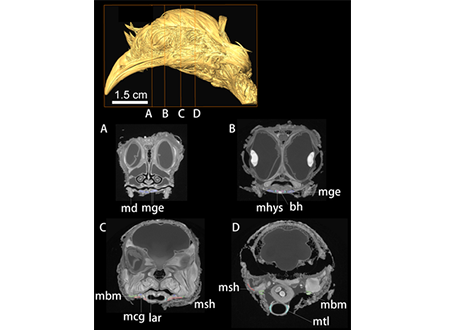 The tongue, with fleshy, muscular, and bony components, is an innovation of the earliest land-dwelling vertebrates with key functions in both feeding and respiration. Here, we bring together evidence from preserved hyoid elements from dinosaurs and outgroup archosaurs, including pterosaurs, with enhanced contrast x-ray computed tomography data from extant taxa. Midline ossification is a key component of the origin of an avian hyoid. The elaboration of the avian tongue includes the evolution o... Read more